Baku has hosted an international conference on celebration of the launch of the first stage of Roghun Hydro Power Plant, the biggest and the most promising hydro power plant in Central Asia. The conference was organized by Tajik Embassy in Baku and was attended by the heads of foreign diplomatic missions and international organizations in Azerbaijan, officials, and representatives of leading media.

Tajik Ambassador Rustam Soli told the audience about the history and the prospects of future impacts of the project on economy of Tajikistan and broad region of Central and Southern Asia.

He noted that Tajikistan is ranked 8th worldwide in terms of hydropower reserves. However, the country produces only 19-20 billion kilowatt hours, which is less than 5 percent of its potential. In this view, Roghun HPP will greatly contribute to achieving energy security. The dam for the Roghun HPP is the highest one in the world and the hydro power plant will be the most powerful in the world when the construction work will be completed. All six hydraulic units are due to come on line in Dec. 2024, and normal water retention level of the reservoir will be reached in 2032. Technical and economic assessment of project was realized by the team of the international experts and consultants of the World Bank. Nowadays, about 70 companies from Italy, Russia, China, Germany, France, Switzerland, Pakistan, Iran, Ukraine and other countries are working on the construction of the hydro power plant.

Ambassador Soli noted that Roghun HPP will ensure stable electricity supplies to people of Tajikistan, who have suffered from electricity shortages in winter for many years and allow to provide other countries of the region with cheap and clean energy through CASA-1000 power lines. In particular, Tajikistan plans to export electricity to Afghanistan, Pakistan, Uzbekistan, Kazakhstan and India.

UN Resident Coordinator in Azerbaijan Ghulam Isaczai, in turn, stressed that Roghun HPP is important both for Tajikistan and the region, since it will supply clean and reliable energy, create jobs and contribute to the UN Sustainable Development Goals.

Russian Ambassador to Azerbaijan Mikhail Bocharnikov, who also was among the speakers of the conference, said that Russian companies are actively involved in the implementation of Roghun HPP project and are ready to join other projects on construction and reconstruction of hydro energy projects in Tajikistan.

Country Manager of the World Bank for Azerbaijan Naveed Naqvi said that experts of the bank who analyzed the Feasibility Study of the Roghun HPP came to conclusion that the project will have several positive impacts on the economy of Tajikistan. He also reconfirmed the bank’s commitment to support the project.

The Head of the EU Delegation to Azerbaijan Kestutis Jankauskas, who also delivered a speech at the conference, noted that EU companies will be happy to support Roghun HPP project and share their knowledge for its implementation. He also said that the project will help to mitigate climate change, which is a key priority for the EU.

US Chargé d’Affaires in Azerbaijan William Gill, in turn, stressed that Roghun HPP has a potential to accelerate economic growth in the region of the Central Asia and went on to add that US companies are ready to be involved in the project at the next stages of its implementation.

Deputy Head of Italian Embassy in Azerbaijan, Umberto Boeri, noted that Roghun HPP which capacity will equal to 3 nuclear reactors is a start of new era in the Central Asia, and such a project can change a destiny of the nation and the region. 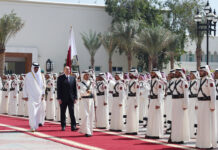 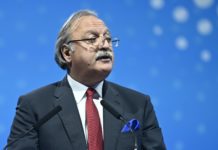 “We Are in the Same Boat with Azerbaijan”