Who is the man behind these impressive credentials and how did he reach such heights within government? Novruz Mammadov was born in the village of Shikhmahmud in the Babek region of Nakhchivan on 18 March 1947. In his youth he never could have imagined he would become a specialist in the French language, work in foreign countries and be a prominent political figure.  He could not have predicted that while working as the dean at the University of Foreign Languages, the head of the Azerbaijani state, Heydar Aliyev, would invite him to work in his government.

From an early age, this future statesman’s life principles were to work hard, to study hard, and to rely on his own strength and knowledge. In the small library of the village where he was born, Novruz Mammadov left no book unread. He enjoyed reading the works of European writers translated into his native language, and from this preoccupation he developed a great desire to learn foreign languages. This enthusiasm brought him to the French Languages Department at the Azerbaijan University of Languages. As a student he exceled in his studies and was listed as a proficient French speaker along with well-known French linguists in the faculty.

After graduating with excellence from the Azerbaijan University of Languages in 1970, he worked in Algeria and in Guinea, returning to Algeria in 1978 to work as an interpreter and chief interpreter until 1981. In North Africa, Algeria is known as the second Paris. This country played an influential role in his development. Novruz Mammadov returned to his homeland in 1992.  He worked as the head of the preparatory faculty of the Azerbaijan Pedagogical Institute of Foreign Languages and then as the dean of the institute’s French language faculty from 1993 to 1997. He believed that his occupation as a teacher would be long-lasting. However, the irresistible opportunity to accompany the Great Leader Heydar Aliyev to France, working as an interpreter, changed the direction of his career and ultimately his life path.

It was a difficult time period for Azerbaijan. The international recognition of Azerbaijan as an independent state was of great importance to the country’s founder Heydar Aliyev.  In addition to the chaos and violence of the Nagorno-Karabakh conflict, Azerbaijan had vital foreign policy issues to address. There were important tasks such as promoting the country, establishing diplomatic relations and building foreign policy based on national interests. Only the National Leader Heydar Aliyev could realise this vision.

Knowing his country like the palm of his hand, the National Leader gathered a team of loyal, patriotic, educated and highly qualified personnel to help him build this new state. Novruz Mammadov was amongst them. He had been the President’s first French interpreter and advisor on France since 1995. On 12 April 1997, President Heydar Aliyev appointed Novruz Mammadov as the Head of the Foreign Relations Department of the Presidential Administration of the Republic of Azerbaijan. Working with a world-renowned politician such as Heydar Aliyev was a real privilege, and carrying out his assignments was a great honour and a great responsibility. Novruz Mammadov worked tirelessly to succeed in his tasks and earn the respect and trust of his seniors.

Azerbaijan has a policy to establish and develop friendship and cooperation among all countries, with the prospect of forming strong economic, commercial and cultural relations. This is the concept Heydar Aliyev pursued during his presidency. Novruz Mammadov also contributed to the realisation of this policy, especially in establishing comprehensive relations with the European states. Novruz Mammadov accompanied Heydar Aliyev on all European visits and continues to do so with the current President Ilham Aliyev.

Novruz Mammadov recalls in one of his memoirs:

“During  one of our first visits to France, the National Leader told me, ‘Look what a beautiful palace this is, Novruz! I want all these beautiful things, including a palace such as this, to be in Azerbaijan. It definitely will happen! But not yet, in a little while. There is still much to do.’ Look how many impressive palaces have been built in Azerbaijan over the past 20 years. Heydar Aliyev has realized his intentions. I have been to more than 80 foreign countries around the world. However, I still do not see anybody as great a political public figure as Heydar Aliyev. It is the result of the successful implementation of this strategy by President Ilham Aliyev, that despite the dangerous processes in the world, we have managed to maintain our security, stability and development today.”

For the past 23 years, Novruz Mammadov has served under the leadership of two iconic heads of state – the founder of modern Azerbaijan Heydar Aliyev and his successor President Ilham Aliyev. He has witnessed and participated in international negotiations, principled debates and foreign policy discussions, and has worked tirelessly for the development of Azerbaijan.

International gatherings, summits, and cultural and sporting events were once considered inaccessible for Azerbaijan. However, today Azerbaijan hosts a variety of international events and conferences. Azerbaijan works closely with the UN, the OSCE, the European Union, NATO, the Organization of the Islamic Conference, the Commonwealth of Independent States, the Council of Europe and other international organizations. With its energy policy, geo-strategic position, Southern Gas Corridor, Trans-Anatolian Natural Gas Pipeline (TANAP), Trans-Adriatic Pipeline (TAP) and various other projects, Azerbaijan has become an important hub not only for the region, but also for Europe and the world. The Baku-Tbilisi-Kars railway line initiated by President Ilham Aliyev is the restoration of the historical Silk Road, establishing direct links between Europe and Asia. Azerbaijan put itself on the world stage by organizing the first ever European Games and hosting the Islamic Solidarity Games last year. It has also organized many other events dedicated to multiculturalism, so it is no surprise that Azerbaijan has been nominated to host the World Expo in 2025.

In 1991 Novruz Mammadov received a PhD in philological sciences. His practical phonetics textbooks in the French language are important tools for studying French in Azerbaijan and for the development of linguistic science. His Azerbaijani Model of Foreign Policy, Foreign Policy: Realities and Vision of the Future and An Introduction to Geopolitics are important contributions to Azerbaijan’s political science publications. The book Introduction to Geopolitics can be compared to the book The Grand Chessboard by the famous American political scientist Zbigniew Brzezinski. This book is of great importance in the world because it is written at a time when violent clashes and local conflicts are changing the geopolitical map of the world. It is one of the first publications in the Azerbaijani language to thoroughly examine the geopolitical structure of the world. This book was devoted to the memory of the National Leader Heydar Aliyev.

Novruz Mammadov strongly believes in the importance of the rule of law and justice in public administration and in society, as well as in the approach of foreign states towards Azerbaijan. His view on social justice is based not only on his homeland, but also on the foreign visits, summits and international events he attends. During his visits abroad and when meeting foreign guests in Baku, he proudly illustrates Azerbaijan’s tolerance and multiculturalism model, which is a vivid example of the principle of justice and the protection of human rights. He says that there is always a need for justice in everything we do and that this is the true path to success. Every step taken by a politician must be based on the power of the right of man, not on the right of those in power. His principles of justice, political and social viability, and ideological flexibility are welcomed not only by the Azerbaijani leadership, but also beyond the borders of the country.

Novruz Mammadov also has a strong sense of patriotism. This patriotism was instilled by his family and grew stronger and more developed during his schooling and then at university. Later, when he taught at university, Novruz Mammadov would try to instill this sense of patriotism in his students, educating them in national spirit and preparing them to be dignified members of the independent Azerbaijani society.

His students learned from him not only French, but also love and loyalty to Motherland, national values, traditions and history.

In 2002 Novruz Mammadov received the rank of Extraordinary and Plenipotentiary Ambassador by a decree signed by President Heydar Aliyev. He was awarded the Legion d’Honneur (Honorary Legion) by the French President Jacques Chirac for his contribution to strengthening Azerbaijani-French relations in 1998.  He was also awarded the Polish Legion of Honour by a decree from the Polish President Lech Kaczynski for his contribution to the development of Azerbaijani-Polish relations in 2009. The political will of Novruz Mammadov, his commitment to the state and the people, and his patriotism, credibility and loyalty have always been recognised by President Ilham Aliyev. In 2007, the head of state awarded him the “Shohrat Order” (Order of Glory). And finally, he received the highest award of all, the gift of 70 years of glorious life. On 13 March 2017 the President decorated Novruz Mammadov with the “Sharaf Order” (Order of Honour), one of the highest accolades a person can receive. The achievements of Novruz Mammadov in his 70 years of life can easily equal those of a person who has lived for a century! 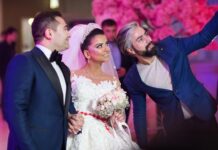 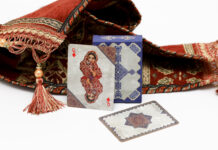 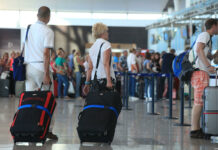 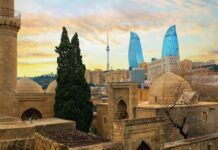 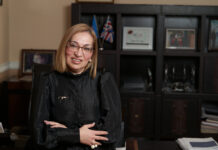 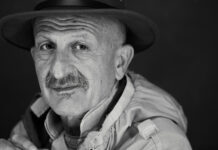 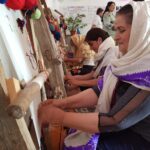